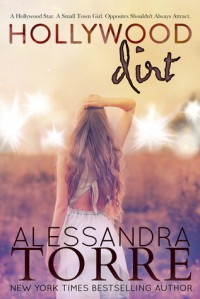 3.5:
Well, I was pleasantly surprised by this book.It was by no means perfect, but I thought it was a nicely paced, engaging love story with very little drama and great chemistry. Most of the struggles were internal, and I loved that the hero was the devoted / relationship type and found other activities to be quite empty.

Sometimes I was a little befuddled by word choice and couldn't tell if was writing or editing. And the first 20% was a bit strange.I agree with another reviewer (ann) that DNF'ed that the book had a lot of up-front exposition-probably why the first 20% lagged. That style wasn't completely avoided later, but it felt like it faded when the little details started to show the characters' feelings.

Once the couple is in the same town, things get clicking. I also did not care for the first person style for the heroine's chapters, but Cole's POV told in third. It was a bit jarring at times. Another negative was the set up for the plot felt a bit unrealistic. I am, however, reading romance, so *shrug*

One of my other GR friends (Gaufre) just noted that the lack of evidence of celebrity profession in the protagonists can be really annoying and detract from a book (you say they are an athlete then they never are on a field, etc). This book showed plenty of acting, and even the intro focused on the challenges of relationships with actors. There was no doubt about long days and costs, so I thought that was well done in comparison to other Hollywood/Acting romances I've read.