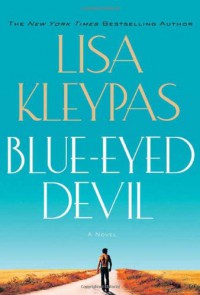 Well, you guys, I mother-f-ing hated this book. I'm about to unleash spoilery spoilers, but I will start with a few status updates to illustrate:
Oh the mansplaining....
-First the overprotective, boundary-less brothers & father. Because they are Texas Men. No. (Although one it's well-established why). I don't know, trust your sister and empower her maybe after her life events (Adding: Haven is the victim of an abusive marriage. And it's brutal. LK deserves credit for her vomit-inducing first 1/4 of this book. I felt it, I was there, I had a physical reaction.)
-Second the scene in the stairwell, Hardy says "There's a word, Haven, for a woman who does what you're doing." And "Like hell I was pushing you, you wanted it" Congrats Hardy, on being the worst hero ever. ADDING: THIS IS THE MOTHER FUCKING HERO. GIVE ME BACK TEENAGED HARDY CATES, PLEASE. WHO IS THIS STUPID ASSHOLE? To set the scene, they were getting hot & heavy and then of course Haven has a loss of desire and a mild freakout. Good luck recovering in my eyes, you jackass. Editorializing: No woman should be subjected to that judgement ever, because we all know this happens with relative ease. "Oh, I just thought of my grocery list." If you are victim of sexual assault, like so many women, well I guess I don't want the hero implying the survivor is a tease. I wish I was gif-talented, because this deserves a few choice ones.

If I thought it was over, I was sorely mistaken, enter stage right the best friend (MALE):
"You know if a woman's ready, aroused, it's not going to hurt. Especially if the man knows what he's doing, which I have no doubt Hardy does." Again Todd, I think you should definitely tell this woman how sex works for her. That's cool. (Adding):And also, PSA, not necessarily. Thanks and bye.

Maybe this isn't as spoiler-y as I thought. But I just didn't get them. Eyes meet at Gage & Liberty's wedding, great stuff happens, then a few years pass and boom they are loving each other. I didn't see any evidence of an actual relationship outside the bedroom save for one thing that he listened to her about.
Or there is the scene where she's drowning in an elevator and Hardy comments no woman would handle it like she did without being hysterical. Oh, swoon. No woman huh?

A lot of things had me thinking, "What is this sexist piece of shit I'm reading." And also, the first 1/4 of the book? I was all for a gentle build in the trust between the characters after Haven's first marriage. I was all for the subtle rescuing from the ambitious hero (who I kind of adored & rooted for at the beginning of Sugar Daddy) what I was not prepared for was a heroine like Haven - I missed my Liberty (fierce & determined & loving as I recall) and the way the story centered her around her character. Haven felt passed from one patriarchal relationship to the next including her HEA. (Oh, right the first 1/4 of the book served very little purpose, we didn't really get to know Haven because of it just what she'd been through and the book may have been much better with little reveals in the relationship pointing us to her traumatic past. Because really, the last 3/4 felt like one incident after another with a whole lotta getting down....

I guess maybe it wasn't that spoiler-heavy....But I'm disappointed. Gage was cool, but otherwise, I am pretty much left with the feeling these are the types of men I'd like to run over. And oh, shit, I didn't even get around to the bullshit drunken rough sex scene.

tell me friends, is the third more of the same?